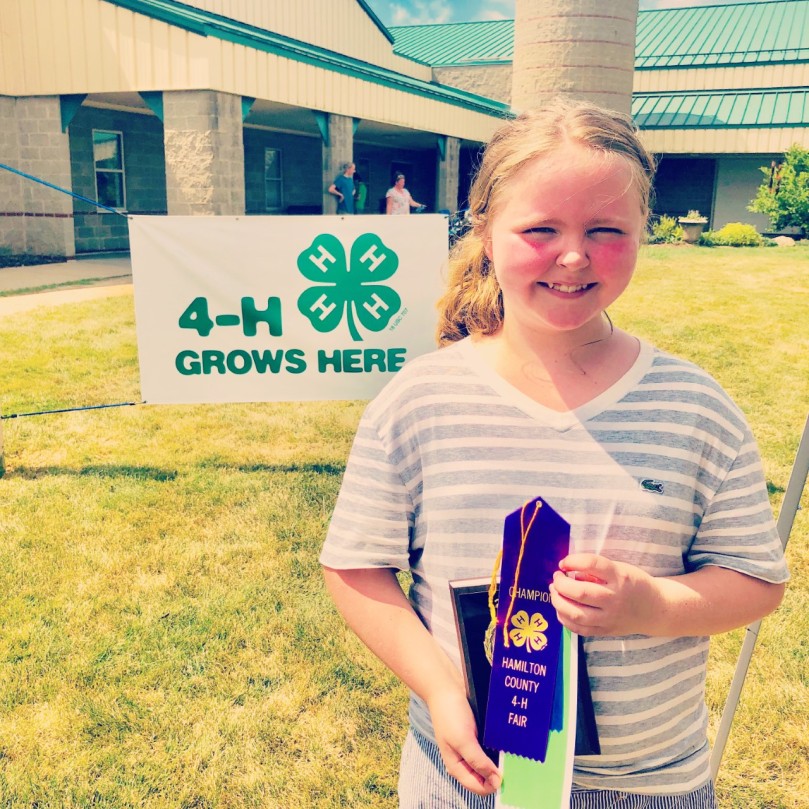 I have an extremely low pain tolerance. (Ironic with a surname like mine, don’t you think?) When my teenager went to put my hair up in a messy bun for me the other day, I cried like a baby because she pulled it so hard. The accompanying conversation went something like this:

Me: “Stop! That hurts really bad!”
Her: “Quit being such a drama queen.”
Me: (quite immaturely) “Takes one to know one.”
Her: “Takes a big one to raise a little one.”

Wow. Despite the pure sass that came roaring through the comment, I couldn’t help but be impressed with her quick, snappy, and clever comeback.

Teenagers are bold. We parents typically don’t adore this characteristic about them. They get a bad rap for it. But based on a few of my own recent experiences, I’m beginning to empathize with them. What is it about boldness these days? It’s a trait that’s misunderstood, under-appreciated, and downright shocking to people. How do I know? Because I’m learning that I, too, am bolder than I realized.

What does this term mean? When I Googled it, I found “fearless and daring” as well as “clear and distinct.” The adjective “bold” is not to be mistaken with “rude” which means “socially incorrect behavior” or “lacking civility or good manners.” There is a significant difference between the two in my mind. After all, rudeness is a pet peeve of mine! So much so that my girls and I are often verbally pointing out the rude people and behaviors we detect around us. It’s like a sad version of “I Spy!”

“I spy a lady who just cut me off in traffic.”
“I spy a man who jumped ahead of me in line at Starbucks.”
“I spy a kid who is screaming his head off in the middle of the violin recital, and his parents are allowing it.”

Ugh.
Seriously?
What is wrong with people?

As an illustration of Bold VS. Rude, we can refer to Sunny Bunny the Corgi, 4 months old, of British descent, yet born in Rural Kentucky. She has lived with us for 2 months now in our new home. While she is beginning to show brief shades of “civility” – see definition for “rude” above – she is generally lacking in self-control.

Barking and biting are her favorite pastimes. I can’t decide which one annoys me more. In my middle age, loud noises make me instantly anxious. I had to stay indoors for most of the 4th of July due to my disdain for the fireworks. I find my barking pup to be equally loud and disturbing, and her tiny canine teeth are like pins or needles or razor blades, whichever is sharpest. Her favorite place to chomp is the back of your ankle when you can’t see her coming, which makes it extra painful and infuriating. Yes, I do cry when she attacks me in this way. (In my own defense, I cry only when I am injured. Or when I’m watching Disney movies. Hardly ever beyond these two scenarios.)

Is the puppy being bold or rude in her efforts to assert herself and learn her place in the family order? I hate to break it to her, but her spot is bottom of the barrel behind me, the girls, AND her  sister pug who is 7 years her senior. But she doesn’t know this yet.

Society seems to see the difference between bold and rude as a thin line, but I have an easy way to make the distinction…

Rude is disappointing and depressing.
Bold is inspiring and energizing.

Sunny toggles between the two. And her rude side isn’t even her fault. It’s nature’s fault. That whole alpha dog thing. Hasn’t domestication taken care of that yet? Clearly not. That’s why K9 College – the place where you send a pup away for a month and they come back the dog you dreamed about when you put the $200 deposit down on her when she was only a twinkle in her mother’s womb – that place costs about as much as a semester of human college tuition.

Much like my high-strung puppy’s boldness, my own tendency to get this way with others startles many people, and that’s what has prompted this story.

What is it with not being real and direct with one another? It seems to be far too rare these days, especially when meeting and getting to know new people.

Call it bold, but I do ask a lot of questions. Everyone knows that game “20 Questions” – don’t you? Pick an object, animal or inanimate, and proceed to answer your competitor’s questions to narrow down the options. Through the process of elimination, you can often identify an object among all the possibilities in the world by simply asking only 20 “yes or no” questions or less. This game alone highlights the sheer power of questioning. It’s how we learn and solve mysteries. And people are mysteries. And how else does one have a compelling conversation with a person she doesn’t know yet without asking questions? Tell me. I’d love to know.  Until then, I’ll continue my inquisitive approach. Yet it aggravates people. It wears at their patience. It causes them to say out loud, “You do ask a lot of questions, don’t you?”

I also tend to cut to the chase, more than most it seems. I say what I mean. I mean what I say. I am impatient. I don’t have time to dawdle. Does anyone? No. So why are we busy people as a whole lacking in boldness? It saves time, yet it’s not a common virtue. I’m beginning to think that being bold is a curse. Then again, no. I like this part of me – so much so that I’m training The Precious Pair to possess it themselves. These are the lessons I share with them almost daily:

“Speak up and be heard.”
“Tell me what’s on your mind.”
“Look people in the eye, especially adults, when you are talking to them.”

I’ve saved my best recent story about boldness for last. It comes from the Kids’ Chicken Barbeque Cookoff at the County Fair last Friday. My 10-year old was competing in this event for the first time. Her sister had participated over the past 4 summers, so we know a lot about how the cookoff works. It’s about hot coals, grill marks, and tasty, juicy chicken cooked beyond 160 degrees. It’s also about orchestrating a lot of steps in a pressure-packed competitive outdoor environment at a young age. Stressful, indeed.

My youngest was keeping her cool incredibly well, despite the blazing heat. That was until half her chicken went promptly from the grill to her cutting board to the ground. Instantly, tears spilled down her hot, rosy, famously round cheeks. From the cheering section, we shouted words of encouragement – “It’s okay! Keep going.”

Meanwhile, my close friend who I call Mel B. was there for support like she is every year, and she asked me what we were going to do with that chicken breast in the grass. “I don’t really know,” I replied. And with that, she stood up, walked over, and picked it up off the ground. As she came up with that chicken in her hand, the professional grilling judge noticed her out of the corner of his eye.

“What are you going to do with that?” he asked her.

She froze. She was busted. She stood there and stared at him for a few seconds contemplating what to tell him.

Then, matter of factly, she responded, “I’m going to go wash it off. Then I’m going to eat it.”

“Good. That’s exactly what I would do,” he answered.

That’s what happened next. Mel rinsed off the chicken inside and laid it back on my daughter’s charcoal grill where it sizzled happily.

Sometimes in life, you accidentally dump your chicken on the ground and you think it’s all over, then that same life surprises you an hour later with a purple ribbon. My daughter won her division as the Champion Beginner BBQ’er that morning. She received kudos from the judge for her perseverance under challenging circumstances. In fact, he asked her to share the story with the crowd about what had happened at her station: how the chicken had fallen onto the ground and how she/we/Mel B. boldly saved it and cooked it anyway. All of us who were there as part of this experience will not soon forget it.

Bold is beautiful in my book,
Meesh